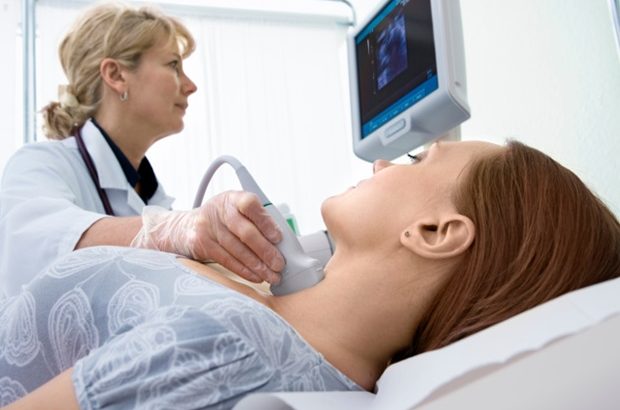 A medulloblastoma is a malignant tumor of the central nervous system. These tumors make up the overwhelming majority of embryonal brain tumors. They always arise in the posterior fossa of the brain, comprising about 40% of these tumors.

There are several subtypes based upon the molecular pathway affected as well as the conventional classification based on the histology. The type of cell in these tumors may be large cell/anaplastic, classic, desmoplastic/nodular, and medulloblastoma with extensive nodularity (MBEN).

The sonic hedgehog (SHH) subtype is the second most common subtype, making up about 27% of these tumors. However, when it comes to medulloblastomas in adults this is the most common, at about 58% of all subtypes put together. Most MBEN tumors show the SHH pathway. SHH medulloblastomas have a bimodal peak of incidence, being most frequently found to occur before the age of 4 years and after the age of 16 years. They are quite rare in children. It is a fact to note that SHH tumors occurring in childhood have a different genetic makeup compared to SHH tumors in adulthood, with MYCN gene amplifications and 10q deletions being common in childhood tumors.

The area from which they arise is typically located within the cerebellar hemispheres, on one side of the midline. SHH tumors are found to occur equally in males and females.

In most cases a medulloblastoma causes symptoms by blocking the flow of cerebrospinal fluid leading to its accumulation within the brain (called hydrocephalus). Some symptoms leading from this are:

In one of every five patients with medulloblastoma, hydrocephalus is absent and initial symptoms are due to cerebellar problems, such as appendicular ataxia and ipsilateral cranial nerve palsy of the sixth and seventh nerves.

The rarest and most catastrophic presentation of medulloblastoma is with acute lapse of consciousness and the onset of lethargy because of hemorrhage inside the tumor. The presentation in infants may include lethargy, delay in development and refusal or other difficulty with feeding. Cancer syndromes that may be associated with medulloblastoma include Turcot, Rubinstein-Taybi and Gorlin syndromes, among others.

The diagnosis of a medulloblastoma is based upon an evaluation of the symptoms and signs, with further testing including neurological examination to help localize the location of the tumor, imaging tests such as CT or MRI scans, and tissue biopsy. A cerebrospinal fluid tap is also helpful once the pressure within the brain is relieved.

A medulloblastoma is treated firstly by procedures to relieve the pressure within the brain by creating a shunt or alternative pathway, to help safe drainage of the accumulated fluid. Secondly, surgery is aimed at removing as much of the tumor as possible, and submitting the removed tissue to microscopic examination. The histology and molecular subtyping determines the following treatment based on the risk factors detected. Metastasis in the SHH subgroup occurs within the brain in about 17% of infants and 22% in children, but is much less frequent in adult life. Surgery is followed by chemotherapy and/or neuraxial radiation to prevent recurrence.

The outcome following treatment of an SHH medulloblastoma is intermediate in this whole group of tumors, with the overall survival being about 77% in infants, 51% in children and about 35% in adults. All histologic subtypes are not alike in their behavior, with some being more aggressive than others.