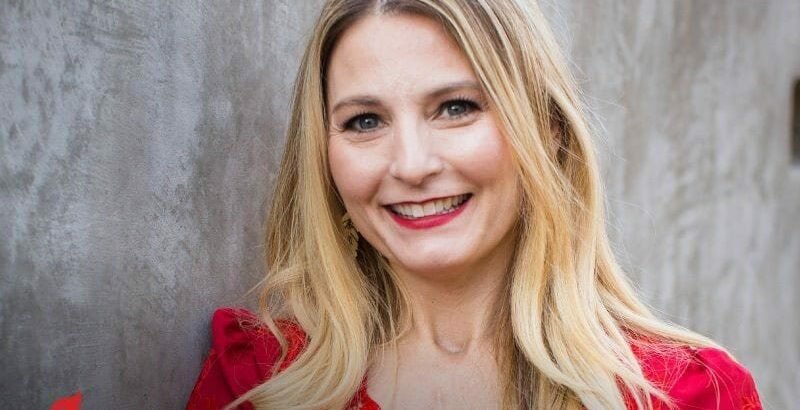 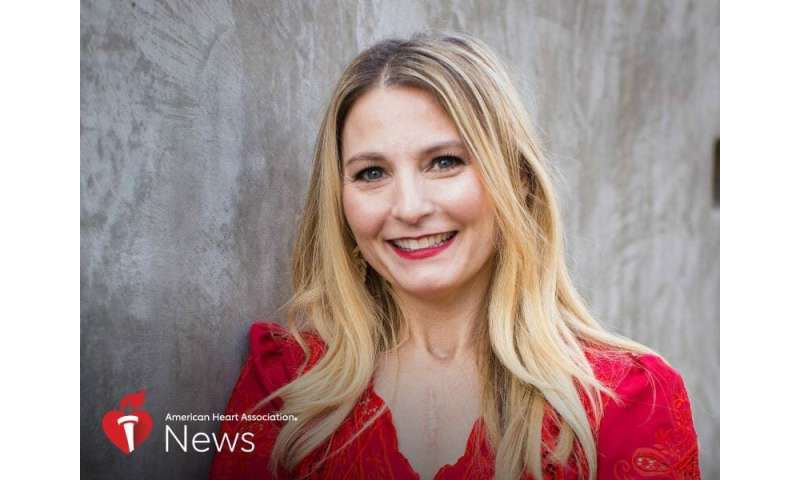 Kristen Patton was settling in to feed her newborn on Christmas Eve as her three older children went to bed.

It was the holiday evening she had envisioned—relaxed family time the day after coming home from the hospital following the birth of her daughter, Hattie.

Suddenly, unbelievable pain shot through Kristen’s left jaw. It moved in a web-like pattern into her cheek, the left side of her neck, her chest and her arm.

“Something was very, very wrong,” she recalled. “It was so instantaneous.”

Fearing that she might pass out, Kristen lay Hattie in her crib and crawled toward her husband, Steve Goldsmith, who was getting gifts out of a closet. He found his wife unconscious and dialed 911.

Kristen wasn’t breathing. Emergency workers resuscitated her multiple times. She went in and out of consciousness.

At the hospital, doctors determined that Kristen—then age 40—had suffered a heart attack.

Following a catheterization procedure and days of testing, there were no clear answers for why the attack occurred. Kristen was determined to get home to her husband and their children, who at the time were ages 10, 7, 5 and 8 days. But before leaving the hospital, Kristen suffered a second, even worse, heart attack.

It felt like she was drowning as her chest filled with blood. Kristen had suffered a spontaneous coronary artery dissection, or SCAD, a tearing of the coronary artery. Doctors rushed her to surgery and performed a triple bypass.

SCAD has been shown in some studies be a greater risk among postpartum women. There is a high risk of recurrence, and SCAD can be fatal.

Kristen’s heart was badly damaged. Ultimately, she would need a heart transplant.

Over the next few weeks, Kristen survived on life support. Machines pumped blood through her heart and body.

“It was hard for me knowing that my mom was going through something that would probably end with her dying,” he said, but his father’s reassurance helped.

Clay said his father explained what was happening “and managed to make the situation not sound as bad as it was.” His father told him and his sisters it was as though their mother had gone to sleep, fallen out of bed and was slowly climbing back up.

A left ventricular assist device, or LVAD, was surgically implanted to pump blood and give Kristen some semblance of a normal life. She moved to a rehab hospital and later went home.

In addition to taking on more responsibilities with the children, Steve changed his wife’s LVAD batteries and dressed her incision, all while continuing his job in the technology field.

“It was amazing and quite beautiful to see him rise to the occasion,” Kristen said. “I knew I had married a great guy, but I had no idea.”

With her LVAD, Kristen hiked with her family in the hills around their hometown of Austin, Texas. She drove her kids to school and worked hard in cardiac rehab to get strong enough for a possible transplant.

Still, she was grieving her mother’s recent death from a heart attack and found it difficult to accept the idea of a transplant. Sometimes she wondered whether she should live with the LVAD indefinitely.

“Kristen, we have a heart for you,” said the voice on the phone.

Thoughts rushed through her mind that were “bittersweet, beautiful and awful, all at the same time,” she said. She was getting another chance at life, yet the heart donor’s family had lost a loved one.

“There are not enough words to describe what that’s like,” she said.

Kristen spent eight days in the hospital after the transplant with no complications. Then she began her new life with her new heart.

Kristen has since been taking her workouts to a new level.

At her doctor’s office, she saw an advertisement for the Transplant Games of America. She set her sights on participating—and, in August 2018, she did. She won a silver medal in 5K cycling, bronze in both the 20K cycling race and the 200-meter sprint, and competed in softball throw and doubles tennis.

She volunteers with the American Heart Association and the Texas Organ Sharing Alliance. But her “passion project” is Wonders & Worries, a nonprofit that helps children cope with a parent’s life-threatening illness. The group helped her family, and now she’s giving back.