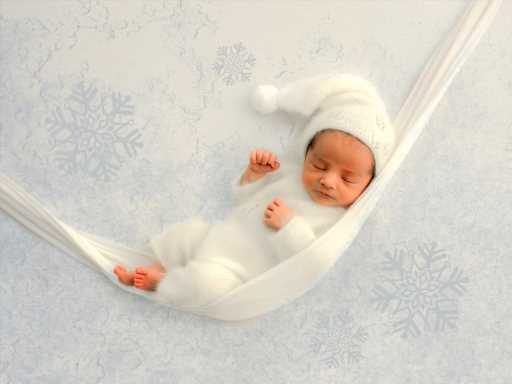 Baby names that mean “ice” or “snow” are the coolest names around – quite literally! Wintry weather has been a huge part of the human existence since, well, the beginning of human existence. Paleolithic-era cave paintings contain the first recorded evidence of skis (used for ease of movement across icy terrain, not sport). Ancient Greek and Roman mythology had their own gods and goddesses of ice, snow, and winter weather. There are tons of songs, stories, and poems throughout history about ice and snow — and is it any wonder? Those winter elements are, at turns, the creators of gorgeous, peaceful landscapes and a force to be reckoned with, able to immobilize entire cities.

So when it comes to choosing a baby name — especially for a winter baby — why not pay homage to the beauty and power of snow and ice with a baby name that means snow and ice? We’ve curated a list of baby names that either directly mean, or are directly influenced by, these two frosty forces. Bonus: each of these names is unique and beautiful, not something you’ll find on a top-ten list … or three of in every classroom.

If they’re a little too non-mainstream for your taste, you can always use them as a jumping-off point for inspiration — such as other names that incorporate them (Phoenix contains the word “nix” for example, which is Latin for “snow”, and Sabrina contains the word “brina” which is Italian for “frost”). Or you can use them as a beautiful and unique middle name! The (winter) sky is the limit!

Aneira — Welsh for “much snow”

Chione — Greek for “snow”; also, in Greek mythology, Chione was turned into a snow cloud by Hermes

Crystal — Okay, so this one doesn’t literally mean ice or snow, but it fits right in!

Eirwen — Welsh for “snow white”; the male form is Eirwyn

Frost — No explanation needed for this one!

Frysta — Icelandic for “freeze” (similarly, Frysa — without the T — is “freeze” in Swedish)

Piren — Mapuche for “to snow”

Snow — English for … well, you know

If you want to give your kid a really cool name — in every way — these baby names that mean “ice” or “snow” are the most unique and meaningful options out there.

From Bronze to Zillion, here are a few of the most unique celebrity baby names.