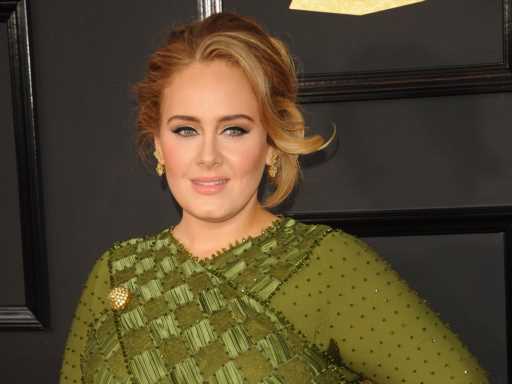 Adele is offering another detail about her divorce from Simon Konecki — the “risk” she took with single motherhood.

In a new episode of Vogue’s “73 Questions,” which topped off her two simultaneous covers for the American and British publications, the Easy On Me singer sat for the dizzying line of questioning. After revealing that her 2015 song Remedy was the easiest tune she’s written — it’s about her 9-year-old son Angelo, “the love of my life and the light of my life,” she explained in 2013 — and revealing her fashion muse is Cate Blanchett plus other revelations, the singer extended the Q&A over a cup of tea.

When asked about “the biggest risk” she’s ever taken, Adele answered, “Leaving my marriage.”

Adele and businessman Konecki broke up in 2019, a short time after marrying — Adele declined to clarify the length of the marriage to Vogue U.K. other than stating “It wasn’t very long” and calling the duration “embarrassing.”

“We kept it to ourselves for a very long time,” she told the publication of the split. “We had to take our time because there was a child involved. It would always be like, ‘Where’s Adele? Oh, she’s working,’ or, ‘Where’s Simon? He’s in England.’”

However, Adele did reveal that her divorce wasn’t touched by scandal. “I was just going through the motions and I wasn’t happy,” Adele told Vogue. “Neither of us did anything wrong.”

Of course, that didn’t make explaining the split to Angelo, easy.

“He has so many simple questions for me that I can’t answer, because I don’t know the answer,” she told Vogue. “Like, Why can’t we still live together? That’s just not what people do when they get divorced. But why not? I’m like, I don’t f*cking know. That’s not what society does. And: Why don’t you love my dad anymore? And I’d be like, I do love your dad. I’m just not in love. I can’t make that make sense to a nine-year-old.”

However, Adele is certain of the friendship she now shares with Konecki. “I definitely chose the perfect person to have my child with,” she told Vogue U.K.