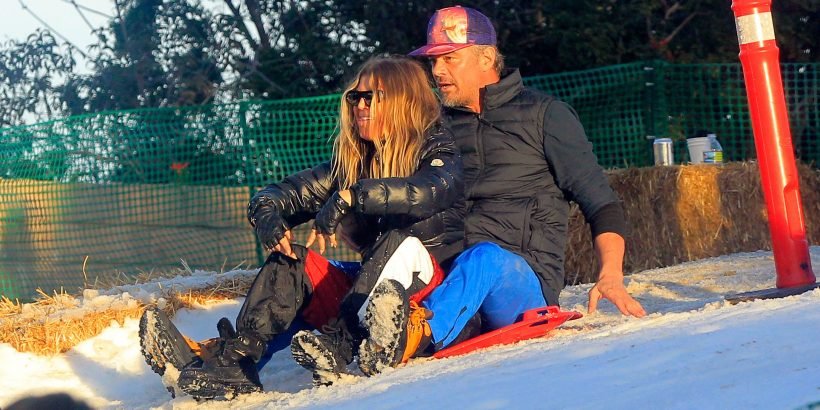 Coparenting at its finest. Josh Duhamel and Fergie reunited to host a fun (faux) snow day with their 5-year-old son, Axl, more than a year after their split.

Despite the estranged couple’s separation in September 2017, the Love, Simon actor, 46, and the former member of The Black Eyed Peas, 43, showed their affection for each other on Saturday, February 23, smiling, hugging it out and playing around with their child, who they welcomed in August 2013.

Duhamel and Fergie (real name Stacy Ferguson), previously teamed up post-split to throw their little one an epic superhero-themed 5th birthday party in the summer of 2018.

The “M.I.L.F. $” singer captured an adorable snapshot of herself with her one and only child in August, in which she wore a Wonder Woman costume and Axl donned a cape. “Happy bday party day to my favorite superhero #axljack,” she captioned the sweet pic of the two posing in front of a mural that shows Spider-Man, The Hulk and Captain America from The Avengers.

The Transformers alum, for his part, beamed in his footage from the same celebration. “Thank you to the best birthday party ever,” he said in a clip posted at the time.

The pair started dating in September 2004 and tied the knot in January 2009, but decided to call it quits after eight years of marriage.

“With absolute love and respect, we decided to separate as a couple earlier this year,” the duo said in a joint statement to Us Weekly at the time. “To give our family the best opportunity to adjust, we wanted to keep this a private matter before sharing it with the public. We are and will always be united in our support of each other and our family.”

Scroll down to see all the cute pictures from the Duhamel-Ferguson family’s day in the (fake) snow!

“It’s snow day,” the Las Vegas alum exclaimed in a video posted on his Instagram Stories on Saturday. 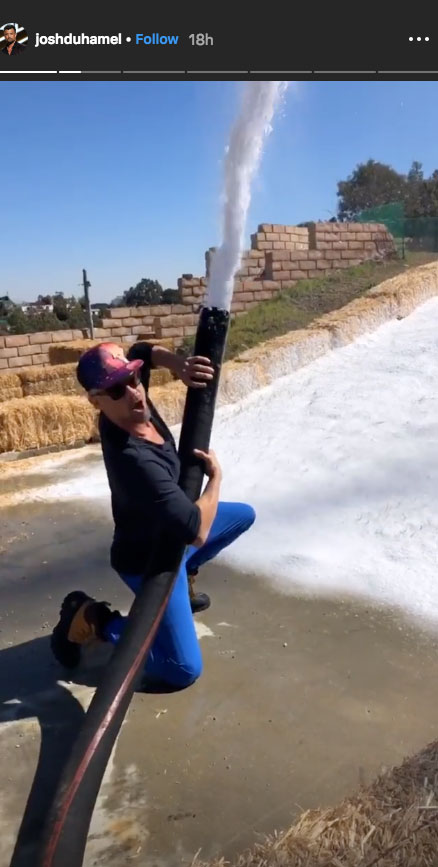 Proud of His Work

Duhamel couldn’t help but scream as he held onto a snow machine and dispensed the manufactured white flakes. 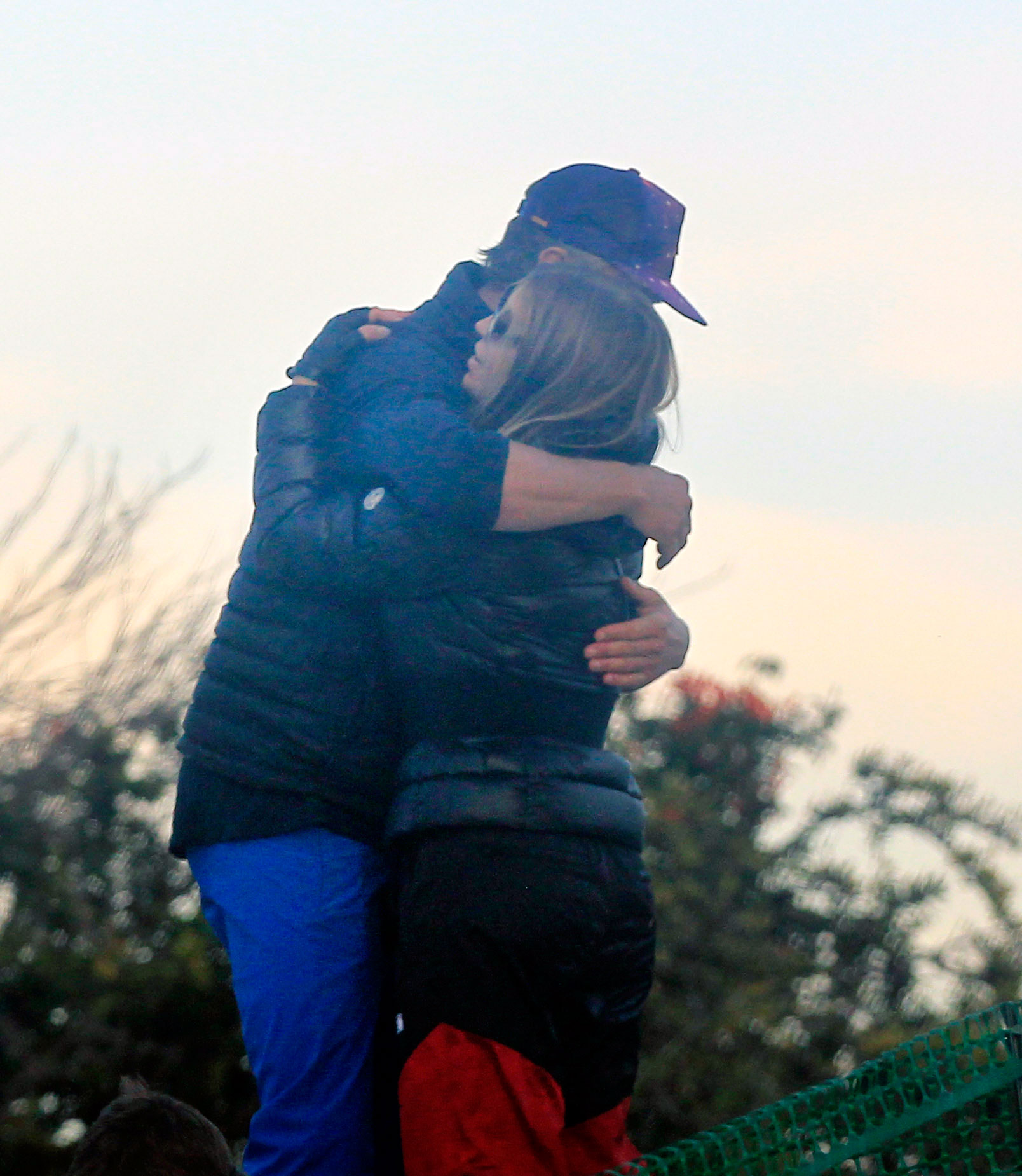 The parents of one wrapped their arms around each other on the occasion. 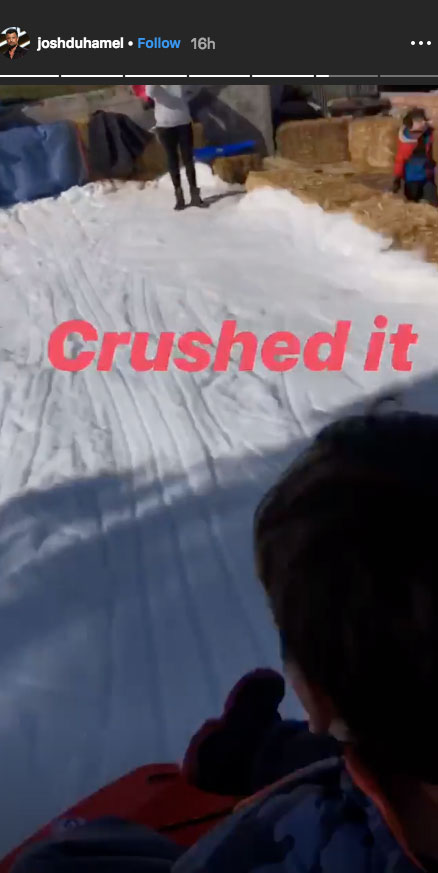 “Axl, what do ya, think?” Duhamel could be heard saying to his son in one video on Instagram Stories. The little one excitedly nodded his head in response. 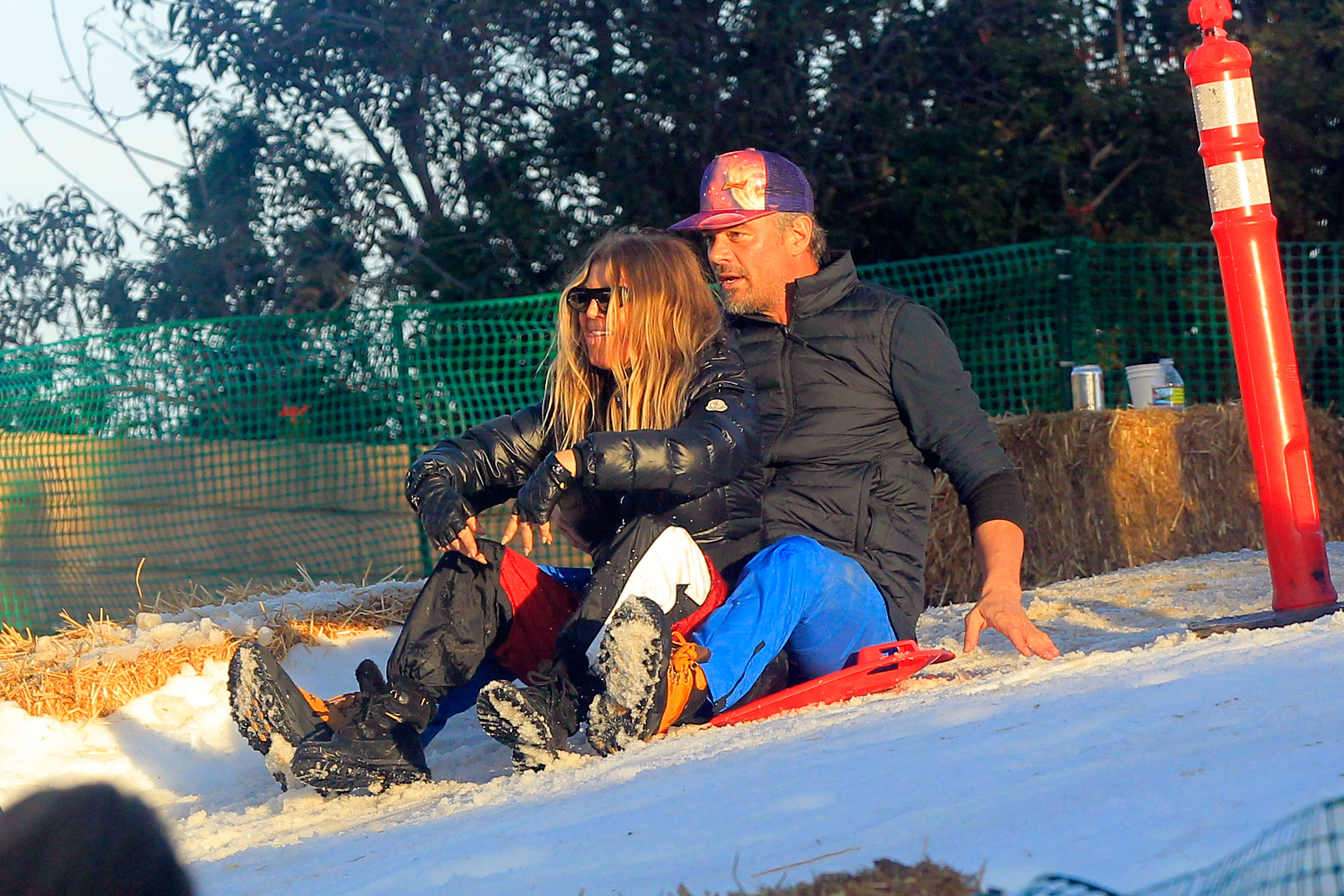 The former All My Children star and the “Big Girls Don’t Cry” songstress even got in on the action, sledding down a snowy hill together. “You go, Fergie Ferg,” Duhamel yelled in one video taken during the festivities.