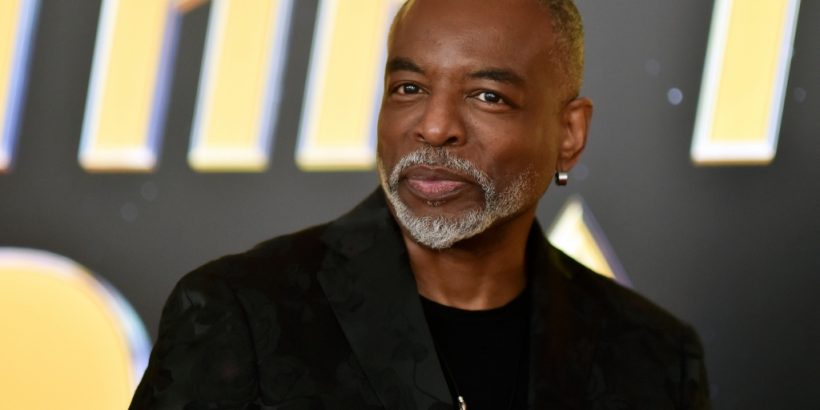 As important historical books are being banned across the country in schools and libraries, former Reading Rainbow host LeVar Burton has advice for kids: “Read banned books.”

The beloved children’s personality and actor made his point on The Daily Show with Trevor Noah Tuesday, showing a copy of the 2005 children’s book Rosa by Nikki Giovanni, about Rosa Parks the “mother of the modern day civil rights movement” who refused to give up her seat to a white passenger in Montgomery, Alabama in 1955.

“So, as it turns out, that book is banned because reading about segregation is divisive,” says Burton. “But since, almost any book with Black people these days is considered divisive, here’s one that doesn’t have any people in it at all.”

He then introduces And Tango Makes Three by Peter Parnell and Justin Richardson, a 2005 book about two male penguins who adopt a baby to complete their family. “Well, I’m told that that book is also banned because of sexual perversion,” says Burton. “Which is weird because there’s no sex in the book at all — y’all, they adopted the baby. What do you guys want, a mommy and a daddy penguin so the kids can make sure that the penguins are knocking boots?”

According to PBS, the book has been called “unsuitable for young children” for its “homosexual overtones.”

Finally, Burton mentions Hop on Pop, the 1963 Dr. Seuss book — containing rhyming lines such as, “Dad is sad. Very, very sad. He had a bad day. What a day Dad had — which Burton says has been criticized for being “disrespectful to parents.” In 2014, the Toronto Public Library received a local request to remove the book from shelves because it “encourages children to use violence against their fathers.”

Burton’s final thought: “Read the books they don’t want you to. That’s where the good stuff is. Read banned books!”

His advice comes one month after a Tennessee school district banned the Pulitzer Prize-winning graphic novel Maus, which is about the Holocaust, in the same month as International Holocaust Remembrance Day.

However, there’s no ample proof that reading banned books harms children — a 2014 study of more than 280 teenagers published in the Psychology of Aesthetics, Creativity, and the Arts found that, “Banned books are associated with increased civic behavior (doing good for society) and low risk of antisocial behavior.” Study author Chris Ferguson, Ph.D., in the psychology department at Stetson University, added, “A relationship does exist between banned book reading and mental health symptoms in a small subsample of readers. Whether that relationship is causal or cathartic requires further research.”

According to Common Sense Media, banning books is not the answer to concerns about subject matter some consider too mature. In fact, the educational organization says exploring so-called controversial scenarios allow kids to feel empathy for those facing difficult challenges.

Check out these beautiful children’s books by Black authors.