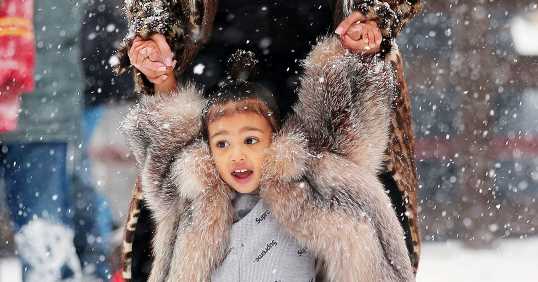 Living a lavish life! Kim Kardashian and Kanye West welcomed their first child, North, in June 2013 — and they’ve been spoiling her ever since.

The little one became a big sister in 2015 when the Keeping Up With the Kardashians star gave birth to Saint, and she was not happy about it, the Selfish author admitted on Live With Kelly and Ryan in August 2017.

“I don’t know if it’s because she’s the older sister, I don’t know what it is. I thought it was a phase. She does not like her brother,” the E! personality told Ryan Seacrest at the time. “It’s so hard for me. I thought it was like OK, a couple of months, she’s just warming up to it. She gets so jealous when I would breast-feed and all that kind of stuff. Now the phase isn’t going away.”

Eventually, North changed her tune. By April 2019, the little one was roping her brother into pulling wild April Fool’s Day pranks on their dad.

“[North] took ketchup into my bathroom, and she begged me to let her spread it on me and on the bathroom as if it was like a bad scary movie,” Kardashian told Elle at the time. “Then she asked me to lie down. I thought she was just playing, maybe that she was going to say I was hurt. No.”

The reality star explained: “She taught Saint how to fake-cry — she showed him how to do it! — and then she told him to scream, ‘Mommy’s dead!’ Kanye ran upstairs and he was like, ‘Kids, this is not funny. This is not a good prank.’”

North gained two younger siblings in January 2018 and May 2019 when sister Chicago and brother Psalm arrived, respectively. Now the KKW Beauty creator is perfectly content with her family of six.

“Kim absolutely loves being a mom and feels like her family is complete now, with two boys and two girls making it even,” a source told Us Weekly exclusively in June 2019. “She feels like she spaced each child out just enough where it isn’t too overwhelming for her.”

Keep scrolling for a look at North’s life with her famous family.