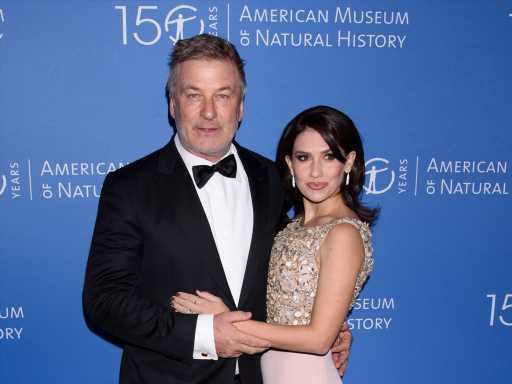 Eyebrows were raised and tongues were wagging after Hilaria and Alec Baldwin announced the birth of their sixth  (his seventh) child, Lucia. Ordinarily, a celebrity birth announcement gets attention, but not like this. What was the difference? Well, they had just announced the birth of their fifth child, Eduardo “Edu” Pao Lucas, a few months earlier. The Baldwins kept the news of the surrogacy private, and the announcement of a sixth Baldwin baby was a surprise for everyone. 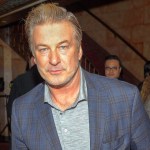 People may really want to know why the Baldwins made the decision they made, but here’s the thing: It’s no one’s business but the Baldwins’. They don’t owe fans any answers about their private lives or the private lives of their children. This is true even though they are public people and Hilaria shares so much of her life on social media.

A source told People magazine, “It’s no one’s business about a woman’s right to choose how and when she expands her family,” and we agree. No matter how curious we are.

The Baldwins, who also share Romeo Alejandro David, Leonardo Ángel Charles, Rafael Thomas, Carmen Gabriela, and now newborn María Lucía Victoria, made the announcement on Instagram and the internet exploded. When the news dropped everyone from the news media to everyday Joes on social media were wondering why the couple opted for surrogacy this time around and why they made the decision while Hilaria was still pregnant with Edu, who was born in September of last year.

Hilaria turned off comments on her Instagram post announcing Lucia’s arrival, but Alec did not, and the trolls got ugly. He gave as good as he got, but the invasive nature of the questions point to a bigger issue with celebrity culture. Celebrities don’t belong to the people and they don’t owe the people answers. Not even the controversy over Hilaria misleading people about her (lack of) Spanish heritage means we have the right to know about the state of her womb.

The happy family welcomed babies five and six after Hilaria suffered a miscarriage in 2019. “Our hearts are filled with so much gratitude. The Baldwinitos craved so much to have a little sister,” Hilaria wrote on an Instagram post of the two adorable babies. “Many of you may remember the loss of their sister at 4 months in the end of 2019. There isn’t a day that goes by where we don’t ache for our daughter. When I found out our baby had died, I told our children that their sister was going to come, just not at that time.”

She added, “We are living each day, bonding, and grateful for all of the very special angels who helped bring Lucía into the world.”

These other famous parents have been open about suffering miscarriages.