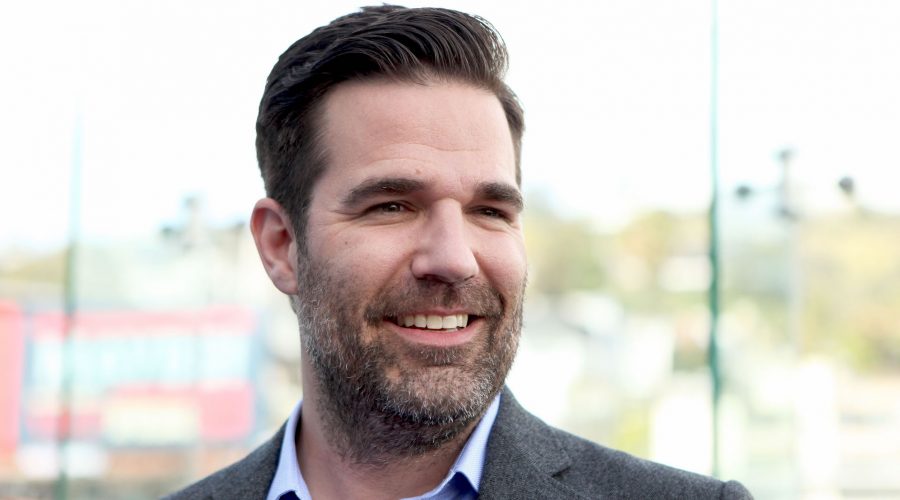 In January, actor-comedian Rob Delaney and his wife suffered the devastating loss of their two-year-old son, Henry. Little Henry passed away from cancer after a surgery to have a brain tumor removed. “Henry was a joy,” Delaney wrote in a February Facebook post. “He was smart, funny, and mischievous and we had so many wonderful adventures together, particularly after he’d moved home following fifteen months living in hospitals.”

Over the past year, Delaney has used social media to share his journey through the grief of losing a child. Unsurprisingly, the Catastrophe star said he was dreading the first Christmas without Henry — and that he’d prefer to ignore the holiday altogether if it weren’t for his two sons. “My boys & I tell each other about our Henry dreams most mornings,” Delaney tweeted on December 9. “I’m dreading Christmas. If it weren’t for them I would tell Christmas to get fucked this year.”

Delaney went on to explain that, although opening up about such a painful topic isn’t therapeutic for him, he does so because he hopes to use his platform to “destigmatize grief.”

“I speak publicly about Henry in an effort to destigmatize grief. My family is sad & in pain because our beautiful 2 yr old boy died after a long illness,” Delaney tweeted today. “Why wouldn’t we be sad? Why wouldn’t we be angry and confused?”

“Tweets like this aren’t therapeutic to me, nor are they ‘updates.’ I just want other bereaved parents & siblings to feel seen/heard/respected/loved,” he continued. And maybe they might help someone not schooled in grief support a friend better. I don’t know.”

Delaney concluded the Twitter thread by sharing a beautiful photo of Henry looking at a tiger.

Grief is frequently a taboo topic — and, thanks to social conditioning, men are often expected to stay silent and “keep a stiff upper lip.” Delaney deserves major credit for ripping open these wounds in an effort to help others, whether they’ve lost a child or are struggling to find ways to help a loved one who has suffered such a loss.

Anyone who uses their pain to help others deserves major props. We applaud Delaney, and wish his entire family a peaceful 2019.