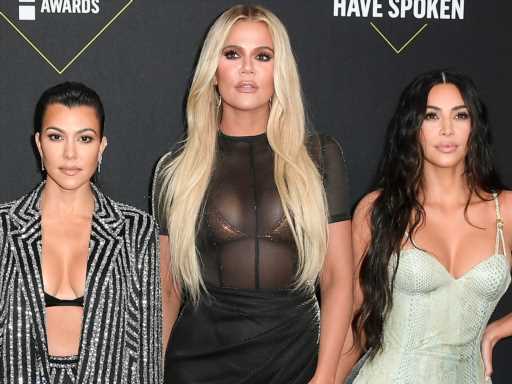 Even the Kardashians enjoy an evening of thrills and frights during the Halloween season.

Kim Kardashian, 42, and her eldest son, Saint West, 6, Kourtney Kardashian Barker, 43, and her youngest kids, Penelope, 10, and Reign Disick, 7, Travis Barker, 46, and Rob Kardashian‘s daughter Dream, 5, wandered through Los Angeles’ Nights of the Jack Halloween lights and decoration show for a sweet and spooky outing both Kim and Kourtney documented on their Instagram Stories.

Kim shared shots of Saint in front of various displays, as well as a mother-son photo that Dream funnily photobombed to get her own photo — see the snaps HERE. Kourtney shared a video of a glowing Spongebob Squarepants scene, as well as a sweet candid shot of Reign atop Barker’s shoulders and Penelope walking in front of the two through a sparkling light tunnel.

The festive outing follows just days after Kim celebrated her 42nd birthday amid ex-husband Kanye West‘s ongoing controversial run. His latest transgression involves deplorable anti-Semitic remarks, which all of the Kardashian-Jenners — except Kourtney — have publically denounced.

Khloé Kardashian swiftly shared a graphic to her Instagram Story that read “I support my Jewish friends and the Jewish people” following West’s hateful rhetoric aimed at the Jewish community. Kris, Kendall, and Kylie Jenner each reshared the message, and Kim took to her Story to craft her own statement in regard to her ex-spouse’s anti-Semitic toutings.

The mom of four wrote, “Hate speech is never OK or excusable. I stand together with the Jewish community and call on the terrible violence and hateful rhetoric towards them to come to an immediate end.”

The rapper hasn’t only faced criticism from his family — friends, famous peers, brands, and even his own lawyer have dropped him since his discriminatory vocalizations. He’s gone as far as telling Piers Morgan that he is “absolutely not” sorry for his remarks, making it clear he has no plans to apologize or backpedal from the consequences of his weeks-long (and perhaps weeks-longer) spiral.

Before you go, check out these celebrity parents who’ve opened up about navigating conversations about racism with their kids. 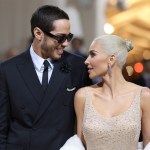