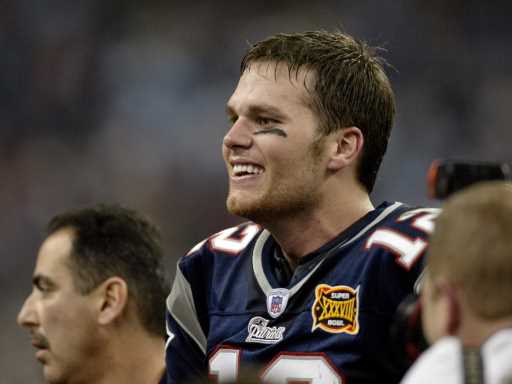 Every parent makes mistakes. Honestly, you’d be hard-pressed to find any parent who thinks they have the role down to a science. It always feels good to know that parents aren’t alone in their insecurities when it comes to decision making. Just ask Tom Brady — the football star recalled one such instance when he may have had just a slight lapse in judgement when he took his mini-me son, Jack Moynahan, to a Super Bowl Party with Snoop Dogg that got just a little out of hand.

The former New England Patriots quarterback recalled the 2019 Super Bowl LIII party after the Patriots defeated the Los Angeles Rams. The celebrations took place at a hotel where the team was staying, and Brady brought along his then-11-year-old son, whom he shares with Bridget Moynahan, for the festivities. “The game ended pretty late, so it was midnight,” Brady recalled on a recent episode of the podcast Let’s Go! with Tom Brady, Larry Fitzgerald and Jim Gray. But it wasn’t just the time that was a worrying factor for the father of three. (Brady also shares son Benjaman, 11, and daughter Vivian, 8, with wife Gisele Bündchen.)

“It was in our hotel. So we had this little special spot on the stage. Snoop [Dogg] had a pole up, and there was some girls — they were clothed — but at the same time, there was a pole.” Brady noticed that his son “had his eyes open, and he was listening to music. And I said, ‘Jack, cover your eyes.’ And he goes, ‘Dad, I’m good. I’m good.’”

Before you go, click here to see our favorite photos of Tom Brady hugging his kids on the football field.