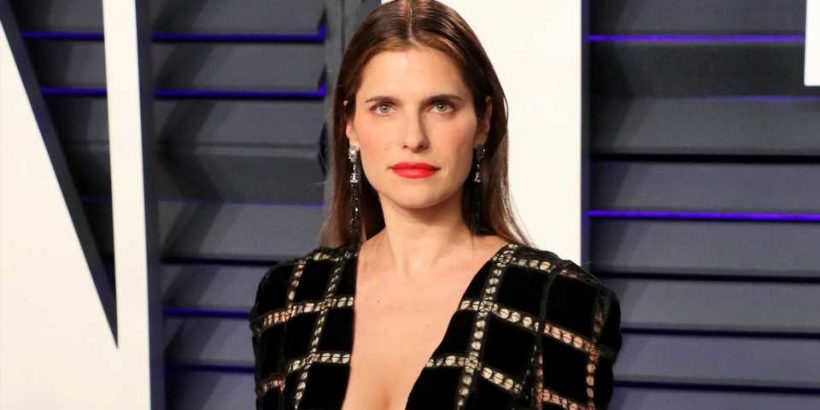 As the cannabis boom continues to sweep across the nation, some parents are giving a different meaning to the term “green thumb.” Actress Lake Bell says her kids help her grow weed in their backyard.

“It’s so normal in our home,” she told Harper’s Bazaar. “Our children help raise the weedies in the backyard.”

But for Bell and her husband, tattoo artist and co-founder of the luxury weed line, Beboe, weed isn’t just a hobby; it’s a lifestyle that they want their children to appreciate and respect.

“Our daughter is only four, but she absolutely knows the smell of weed,” Campbell told Harper’s Bazaar. “It’s like spicy food — she knows it’s just for grown-ups. I don’t smoke or vape in front of my kids, because the number of kids using Juuls and vaping nicotine these days really bums me out. I don’t want my kids to romanticize the act of smoking anything until they’re old enough to understand the difference [between the two].”

Im constantly in awe of this woman who brought two of the most incredible little humans into this world like a fucking warrior. She works so hard to give them a magical and loving childhood… beyond what I could have ever hoped for my kids to have. She is such a brilliant writer and creative force. I’m excited for these little nuggets to get older so they can watch her films, know her work and appreciate her layers and layers of brilliance…. All that and she looks fly as hell doing it all. I’m currently on a flight to Marrakech for a weekend with some homies (something I thought I was much too domesticated to ever do) while she holds down the fort at home. I’m slightly in disbelief that I am so lucky to truly have “it all”. Thank you my love. Thank you for giving me “it all” …I’ll be right back with a fancy rug or two and endless foot rubs.

The couple, who said they love using Beboe products during the day to “stay sharp” and at night to unwind, believe that weed shouldn’t be treated any differently than wine.

“I don’t really hide [my weed use],” she told MedMen’s cannabis magazine Ember, according to Us Weekly. “We wait until they go to bed, in the same way. We have a wine company too, Saved wine. We have the wine around, and we have the Beboe around. It’s not mysterious. It’s nothing strange or weird or coveted.”

Still, Bell told Ember she prefers weed over wine as a working mom, as it doesn’t have the same effect on her the morning after use, a point Campbell reiterated to Harper’s.

“To drink a half bottle of wine versus smoke a little weed? There’s a very distinct difference in the morning: With weed, you wake up feeling great,” Campbell said. “As a parent, there’s no worse feeling than holding your kid while you’re hungover. You feel like such a dirtbag.”

Unsurprisingly, not all parents are as open about weed and alcohol consumption as Bell and Campbell, and many still debate whether smoking weed in front of kids is ever acceptable. While that’s ultimately for parents to decide, it’s never too early to talk to kids about weed. Clinical psychologists at the Children’s Hospital Colorado suggest using a “non-judgmental” tone and sharing facts about weed use instead of implementing scare tactics. By starting a dialogue, parents will, hopefully, encourage their children to come to them with questions about weed and other substance use.