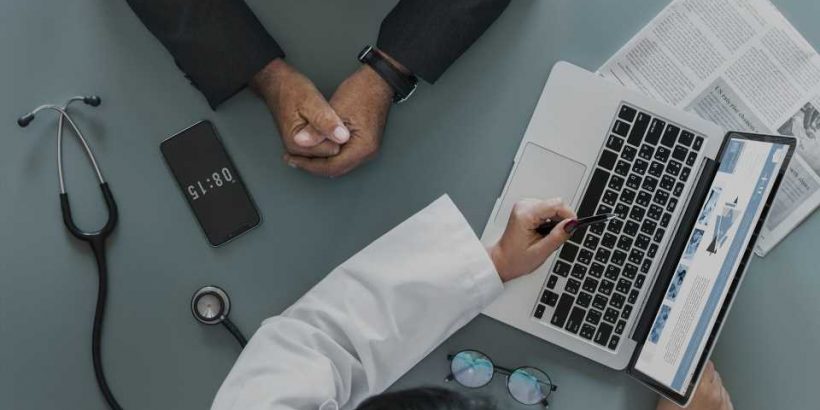 It’s time for doctors to start asking every patient, every time: Have you engaged in any illicit drug use?

That’s the new advice from a panel of public health experts who examined whether a primary care physician’s time is well spent—and whether patients’ interests are served—by routine screening for drug abuse.

A draft report issued this week by the U.S. Preventive Services Task Force recommends that all U.S. adults be screened for illicit drug use as long as their doctors can do so accurately and, when abuse is detected, offer their patients effective treatment or refer them to someone who can.

Questions about drug use should not only cover the possibility that a patient is taking illegal street drugs such as cocaine or heroin, the task force said. They should also explore whether a patient might be sneaking pills from a family member’s pain medication or getting a boost from stimulants prescribed for a child with attention-deficit/hyperactivity disorder.

An acknowledgment of drug use should prompt a physician to warn patients about the dangers they are courting, offer medication-assisted therapy for addiction if appropriate, and refer patients to counseling and further treatment.

The task force has long advised doctors to query American adults—and in some cases adolescents—about their drinking and smoking habits. If the new recommendation is adopted, drug abuse would join the list of risky behaviors to be diagnosed and often treated by primary care doctors.

At a time when addiction has become a leading cause of disability in the U.S. and drug poisonings have become the No. 1 cause of injury-related deaths, some say the panel’s advice is long overdue.

“We’ve been doing this for almost a decade in my office,” said Dr. Gary LeRoy, a staff physician at the East Dayton Health Clinic in Dayton, Ohio, and president-elect of the American Academy of Family Physicians.

The draft recommendation, released Tuesday, leaves no doubt about the extent of drug abuse in America, he said. A nationwide survey conducted in 2017 by the Substance Abuse and Mental Health Services Administration found that 30.5 million people—roughly 11.5% of American adults—said they had used illicit drugs in the past month.

“All of us should be keenly aware that on average, one in 10 of our patients are doing drugs—whether we ask them or not—and we’re not going to cause someone to use illicit drugs because we ask the question,” LeRoy said. “When you create an atmosphere of trust where you have safe conversations, they appreciate that you ask.”

The task force, a group of experts who advise the federal government on disease prevention, did not extend its recommendation to adolescents ages 12 to 17. Panel members said they could not find enough credible scientific evidence to offer guidance for this age group, and they called for more research on teen drug abuse and treatment. (The American Academy of Pediatrics currently recommends screening all adolescents for substance use.)

It’s been more than a decade since the task force last deliberated on the wisdom of population-wide screening for illicit drug use.

In 2008, a year in which 36,450 Americans died of drug overdoses, the panel did not see a compelling case for population-wide screening. This year, the death toll from drug abuse could wind up being more than twice as high as it was in 2008.

In 2017, the most recent year for which definitive statistics are available, drug overdoses claimed 70,237 lives in the United States, according to the Centers for Disease Control and Prevention. As opioid addiction burgeons and more users are exposed to the powerful synthetic opioid fentanyl, overdose deaths are widely expected to climb even higher in 2018 and 2019.

That context “of course matters,” said behavioral medicine specialist Karina Davidson, who co-chaired the task force’s panel on illicit drug-use screening. But she said the recommendation was prompted by other circumstances as well.

Since 2008, for instance, drug-abuse specialists have devised brief screening mechanisms that help identify illicit drug use and those at risk for it, Davidson said. In addition, she added, a growing stack of research studies has shown that treatments for drug-use disorder and addiction—including behavioral interventions and pharmacological therapies—are effective in helping patients quit or cut back.

That evidence of effectiveness is a key change from earlier years, said Dr. Carol Mangione, a University of California at Los Angeles internal medicine specialist who co-chaired the task force committee that drafted the new recommendation.

“We don’t want to screen for something unless we know there’s an effective treatment,” she said. “If you don’t have a treatment that’s effective for people who screen positive, you haven’t really helped.”

The drug regimens that are most useful for combating addiction—a list that includes naltrexone, methadone and buprenorphine—are rarely offered by primary care physicians, who must contend with a gantlet of paperwork and training to prescribe them. And many addiction specialists, insurers and state legislatures are suspicious of treatments that use prescription opiates to wean people off illicit opioids.

The new recommendation could help change that, Davidson said.

If doctors know they will be expected to ask about and address their patients’ illicit drug use, more of them will probably do the work necessary to prescribe anti-addiction drugs, and more of them will develop relationships with other care providers to whom they can refer patients for treatment, she said.

That process seems to be underway already, Mangione said. At a recent meeting of the Society for General Internal Medicine, she said, a workshop on medication-assisted treatment for addiction was standing-room only.

“We’re very motivated to use these treatments and to pair them up with individual and group therapy,” she said.

LeRoy acknowledged that some doctors are wary of raising the subject. But when they start to ask the question, and to help patients who acknowledge illicit drug use, they quickly see that many of their long-term patients have been struggling, he said.

“They say, ‘Oh, I had no idea I already had these people in my practice,’ ” LeRoy said. ” ‘When I started asking these questions and providing the service, they came out of the woodwork.’ “

Patients, too, could feel less stigma about drug use, and that might make them more likely to acknowledge they might need help, Davidson said. For some patients with problematic drug use, that earlier catch could head off addiction or even death.

“If everyone is asked, we can get to some people who are at a less-severe stage in their drug use, not all the way into addiction,” she said.