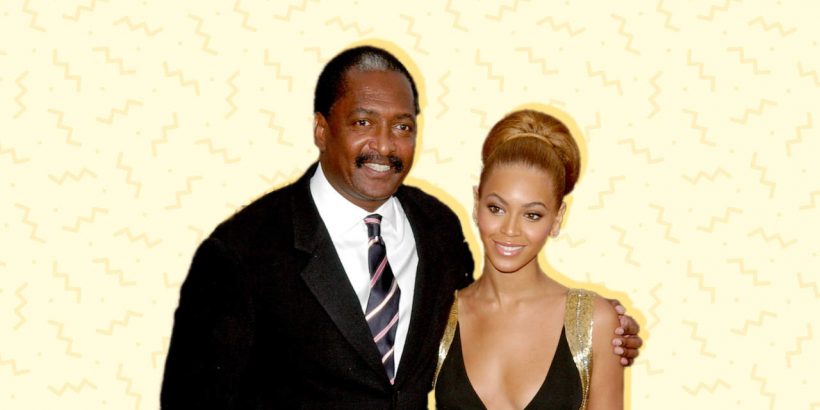 Mathew Knowles, father of singers Beyoncé Knowles-Carter and Solange Knowles, revealed his breast cancer diagnosis in a new interview and first-person account with Good Morning America Wednesday—and is using his platform to urge other men to get tested for the disease.

Knowles, a 67-year-old music executive, explained that the first symptom he experienced was seeing spots of blood on his white T-shirts. "The first day I was like 'Oh, OK, no big deal … maybe it’s something that just got on my T-shirt,'" he said. "[The] second day I looked and the same thing and I was like, 'Eh … interesting.'" It wasn't until the third day, when his wife mentioned she also noticed the drops of blood, that he "immediately" went to his doctor.

After a smear test of the blood Knowles was finding was inconclusive, a mammogram found his breast cancer, and an ultrasound and needle biopsy confirmed the diagnosis. That was in July 2019, he said, and he got surgery immediately—a single or unilateral mastectomy. It was at that time Knowles also underwent a BRCA gene test, and he was found to have a mutation in his BRCA2 gene, which increases his risk for breast cancer, prostate cancer, pancreatic cancer or melanoma.

What you need to know about breast cancer in men:

Still, per the ACS, about 2,670 new cases of invasive breast cancer in men will be diagnosed in 2019, and about 500 men will die from the disease.

According to the ACS, symptoms of breast cancer in men include Knowles's symptoms of discharge from the nipple, along with an often painless lump or swelling, skin dimpling or puckering, nipple retraction, or redness or scaling on the nipple or breast skin.

As for treatment options, breast cancers in men can be treated locally, through surgery to remove tumors, or systemically, through medications; sometimes a combination of treatments is used, per the ACS.

While Knowles already had a mastectomy on the affected breast, he said he will have another mastectomy in January to "do anything I can to reduce the risk" of recurrence. (Without the additional surgery, Knowles's chance of recurrence is 5%; the surgery lowers his risk to 2%.) Knowles also shared that his children—both Beyoncé and Solange—have a 50% of inheriting the BRCA2 gene mutation.

Overall, Knowles said he hopes sharing his story will open up the conversation for men to understand their breast cancer risk and for everyone to understand that early detection is essential for a successful outcome.