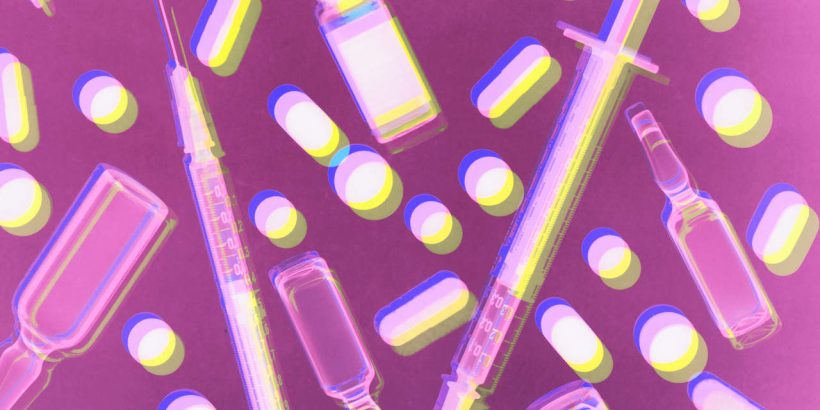 Doctors at a cancer center in Buffalo, New York, are warning other care providers after a nurse at their facility stole pain medications from cancer patients, which led to bacterial infections.

Two doctors and a nurse from Roswell Park Comprehensive Cancer Center, wrote a letter to the editor of the New England Journal of Medicine, which was published in the on Wednesday. In it, they warned other physicians about the incident, explaining that the opioid epidemic can take hold of America’s medical professionals too.

According to the letter, the employee stole opioids from syringes—specifically hydromorphone, a narcotic used to treat moderate to severe pain—and replaced the medicine with tap water, which caused six patients to develop a bacterial infection. The nurse reportedly did this for five months until the outbreak surfaced to doctors' attention in June and July of 2018.

The report explains that what happened at Roswell Park is known as "drug diversion," a phrase used to label instances in which drugs legally prescribed to a patient end up in the hands of someone else for whom they were not intended.

Because of this outbreak, hospital staff later discovered the nurse had been accessing the syringes of narcotics that were kept locked away. “A medication dispensing report showed that a nurse had repetitively and inappropriately accessed the locked drawer for narcotics storage,” the report explains. “Although the syringes had no overt signs of tampering…analysis showed that the narcotic solutions [in them] had been diluted.”

The letter to the editor doesn’t say that any affected patients died because of the infections they developed due to the incident, though some patients died later due to other causes.

While the nurse wasn't named in the New England Journal of Medicine report, she was identified as Kelsey A. Mulvey, by The Buffalo News. Mulvey was charged with "illegally obtaining controlled substances by fraud and tampering" by the U.S. Attorney for the Western District of New York in June. In addition to tampering with syringes, Mulvey was also found to have stolen pills and vials of medication, including methadone and oxycodone, according to a statement released by the Department of Justice.

In response to the incident detailed in the report, Roswell Park staff increased security surveillance. This included the installation of video cameras used to monitor employees’ activity.

“We share our experience to alert health care providers that, in this age of profound prevalence of opioid addiction, drug diversion is an important consideration when a cluster of waterborne bacteremia is identified,” the authors of the letter wrote.

This is just the latest of many stories about how devastating highly-addictive painkillers can be to individuals and entire communities—and even among medical professionals. "Accessibility to these highly sought-after drugs makes it easier for medical professionals to feed their addiction. Ms. Mulvey's actions not only put her own health at risk, but also the wellbeing of dozens of patients," Gary Loeffert, an FBI agent involved with the case said in the statement.

Opioids are commonly prescribed for people with painful diseases and for those recovering from surgeries, some of which are minor. Some patients end up hooked on opioids and turning to illegal versions of them after their legal prescriptions run out, according to the US National Library of Medicine.