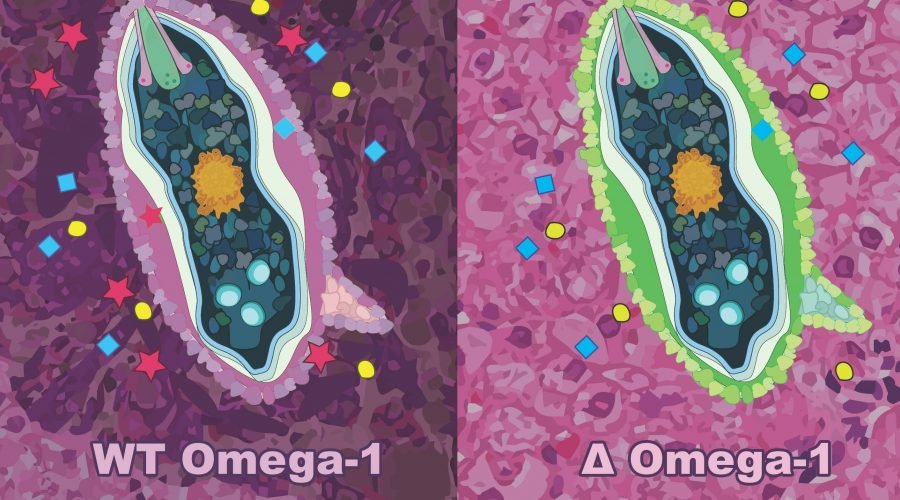 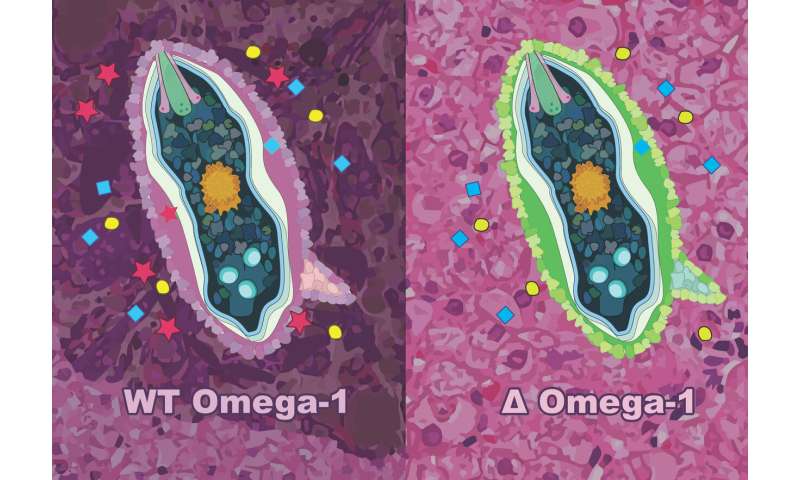 For the first time, researchers at the George Washington University (GW), together with colleagues at institutes in Thailand, Australia, the U.K. and the Netherlands, and more, have successfully used the gene-editing tool CRISPR/Cas9 to limit the impact of parasitic worms responsible for schistosomiasis and for liver fluke infection, which can cause a diverse spectrum of human disease including bile duct cancer. Their findings are found in two papers published today in the journal eLife.

“The genes we ‘knocked out’ using CRISPR/Cas9 resulted in markedly diminished symptoms of infection in our animal models,” said Paul Brindley, Ph.D., professor of microbiology, immunology, and tropical medicine at the GW School of Medicine and Health Sciences, and lead author. “Our research also showed that this revolutionary new biomedical procedure—CRISPR/Cas9—can be adapted to study helminth parasites, which are a major public health problem in tropical climates.”

CRISPR/Cas9 is a new technology that allows researchers to precisely target and deactivate the genetic information needed to produce a particular protein. While the tool has been used in other species before, it was unknown if it could be applied to Schistosoma mansoni and Opisthorchis viverrini, the parasites responsible for schistosomiasis and liver fluke infection.

Schistosomiasis can cause serious health problems, including damage to the liver and kidneys, infertility and bladder cancer. The freshwater worms S. mansoni enter the human body by burrowing into the skin; once in the bloodstream, they move to various organs where they rapidly start to reproduce. Their eggs release several molecules, including a protein known as omega-1 ribonuclease, which can damage the surrounding tissues. Brindley and his research team “knocked out” this protein using CRISPR/Cas9 and found that it greatly reduced the impact of the disease. 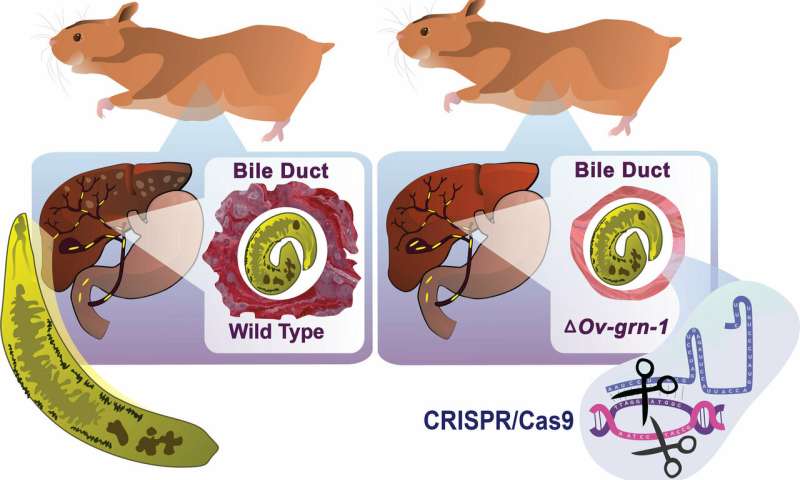 Liver fluke infection can cause a type of liver cancer called bile duct cancer, triggered by the presence of the worm O. viverrini. This parasite is transmitted through traditional Southeast Asian cuisines using uncooked or undercooked fish. Once inside the body, the parasite settles in the human liver and secretes a protein known as granulin that may encourage liver cells to multiply, raising the risk for cancer. Brindley and his research team used CRISPR/Cas9 to deactivate the gene that codes for granulin and create parasites that can only produce very little of the protein, leading to markedly reduced symptoms of liver fluke infection.

“These neglected tropical diseases affect more than a quarter of a billion people primarily living in Southeast Asia, sub-Saharan Africa, and Latin America,” said Brindley. “CRISPR/Cas9 is a tool that may be used to limit the impact of these infections. As we work to better understand how these parasites invade and damage our bodies through this new technology, we will find new ideas for treatment and disease control.”