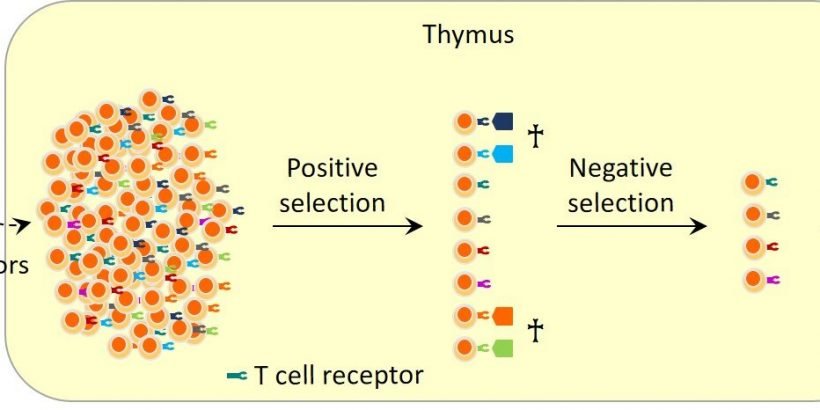 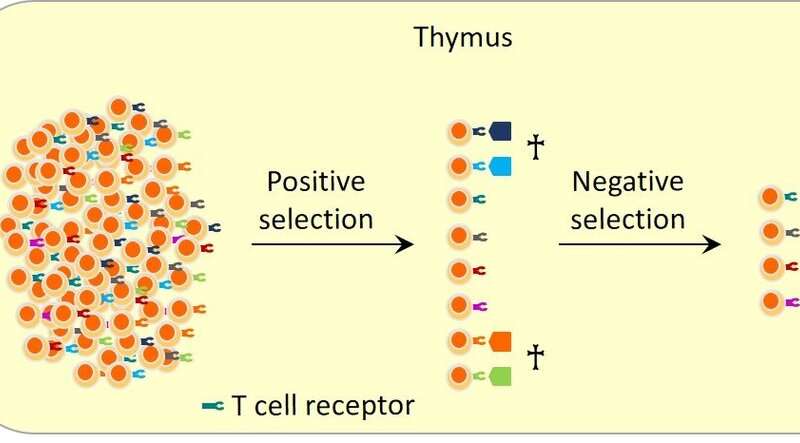 Aire expression in the thymus contributes to immune tolerance by eliminating auto-reactive T cells; insufficient elimination causes autoimmune disorders. The Aire gene was thought to be expressed only in the thymus, but recently, researchers reported Aire expression in peripheral lymph nodes. Researchers have now identified the cells expressing Aire in 0.01 percent of lymph node cells to be ILC3-like cells using Aire-reporter mice and flow cytometry. The results may lead to elucidation of the causes of autoimmune disorders and treatments.

The thymus is the organ in which T cells differentiate. T cells express receptors that react with pathogenic microbes and viruses. However, the thymus generates auto-reactive T cells that react with self antigens, which must therefore be eliminated in the thymus. The mechanism for elimination of auto-reactive T cells is referred to as central tolerance.

Medullary thymic epithelial cells play key roles in central tolerance. These cells express organ-specific antigens (tissue-restricted antigens). For example, insulin is produced only by pancreatic β cells and C-reactive protein is produced only in the liver. The medullary thymic epithelial cells produce and present such proteins to T cells and eliminate those T cells that react with them, i.e. auto-reactive T cells (Figure 1).

Aire is a gene that regulates expression of tissue-restricted antigens in medullary thymic epithelial cells. Mutation of Aire causes decreased expression levels of tissue-restricted antigens in the thymus, and consequently, elimination of auto-reactive T cells becomes insufficient. This is thought to lead to autoimmune disease pathogenesis in multiple organs such as ACEPED. It was believed that Aire was expressed only in the thymus, but several research groups recently presented evidence that some cells in peripheral lymph nodes express Aire; peripheral lymph nodes are the organs in which immune reactions take place. However, there is disagreement between research groups on Aire-expressing cell types. 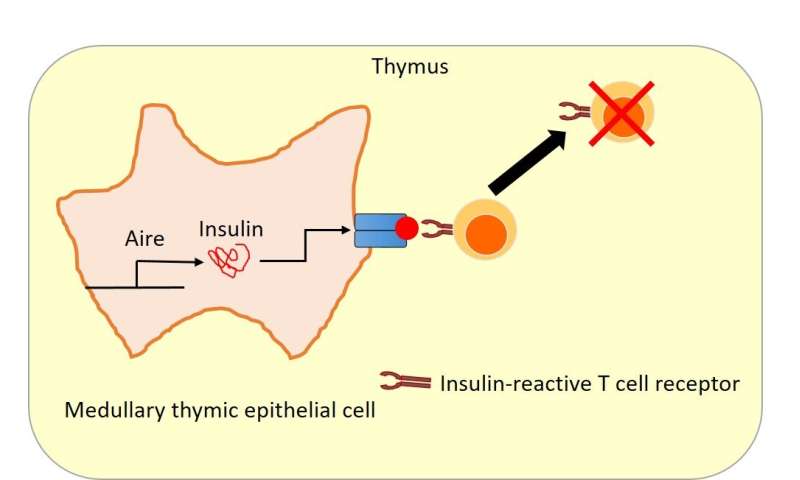 A scientist from Kanazawa University played a central role in this immunological study as a member of an international collaborative research group, which has been engaged in studies on the mechanism of central tolerance induction in the thymus. During the course of their research, the group found Aire gene expression in lymph nodes; researchers previously believed the Aire gene was expressed only in the thymus. Thus, cells expressing the Aire gene in lymph nodes were analyzed in detail using two strains of Aire-reporter mice and high sensitivity flow cytometry using Aire antibody. This confirmed that a very small number of cells, 0.01 percent of the population of all the cells in lymph nodes, did indeed express Aire.

These cells were found to express a high level of major histocompatibility complex (MHC) class II, which is expressed on antigen presenting cells. They also showed a high level of expression of costimulatory molecules necessary for T cells to be activated, which suggested Aire-expressing cells might play roles as antigen presenting cells. These Aire-expressing cells were analyzed in terms of cell morphology, cell surface molecules and gene expression profile, by which these cells were found to show characteristics similar to those of group 3 innate lymphoid cells (ILC3) that play important roles in maintaining homeostasis and the inflammation reaction of the gut. The present research group named these cells Aire ILC3-like cells. A previous study detected Aire mRNA in a cell fraction, which was confirmed in this study, but the cells in the fraction expressing Aire protein were Aire ILC3-like cells only. 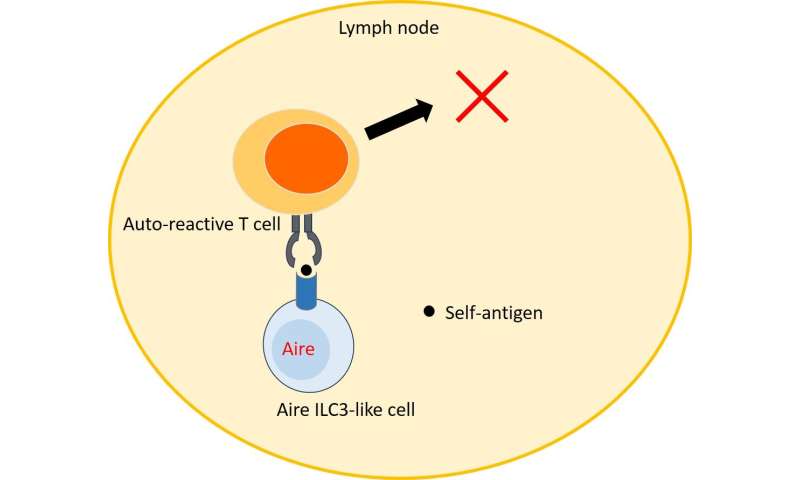