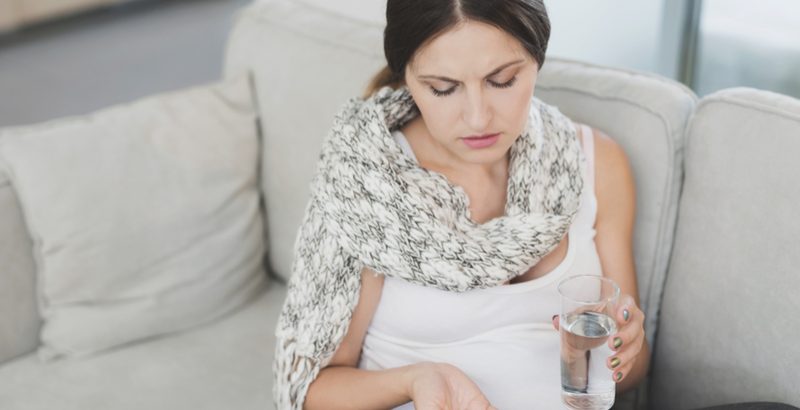 Previous studies have shown that taking Paracetamol during pregnancy increases the risk of Asthma in the children. The painkillers don’t seem to be the reason. A new study comes to the conclusion that Paracetamol is considered safe in pregnancy.

The link between Paracetamol during pregnancy and an increased risk of Asthma in children has already been demonstrated in some studies (aponet.de reported). "We do not know, however, whether the relationship is causal, or other factor is responsible for ist", the study’s author, Professor Seif Shaheen from Queen Mary University of London says. Therefore, the researchers register data from Sweden, studied from 492.999 mothers and their children. They analyzed the regulations for a variety of pain medications during pregnancy and the Rates of asthma diagnoses in children. In addition, they looked at other data on the mothers, fathers and siblings.

Although an increased asthma risk found this taking Paracetamol during pregnancy (relative risk increase of 50 percent in five years). The risk was increased similarly to the regulation of opioids such as codeine and Tramadol (42 percent), and migraine agents (48 percent). "These painkillers act in different ways and Weise", Shaheen explained. "We consider it unlikely that the drugs are for Asthma responsible." The scientists believe that other, as yet unmeasured factor caused the increased asthma risk. This could be, for example, chronic pain, and that is why it is an analgesic, is prescribed. If this is the case, be a good pain management during pregnancy is important. "We should not avoid the regulation of analgesics when Pregnant you brauchen", so Shaheen.

The doctor assured "Women rarely take Paracetamol in pregnancy, can be sure that it is very unlikely that the asthma increases risk for your child." Paracetamol remain the medium of choice for pain and fever during pregnancy.