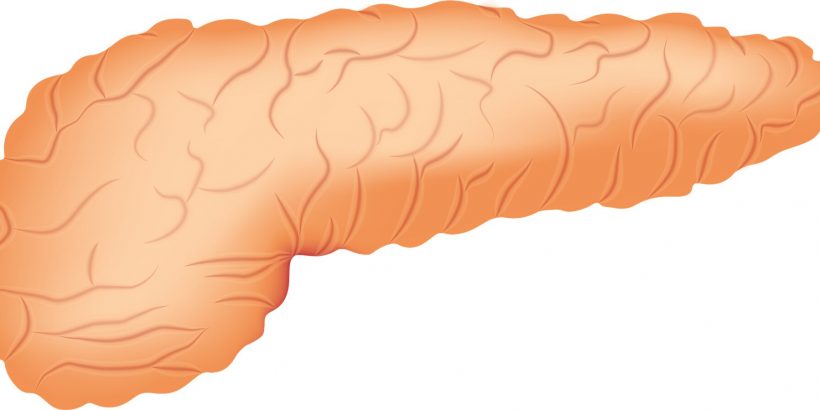 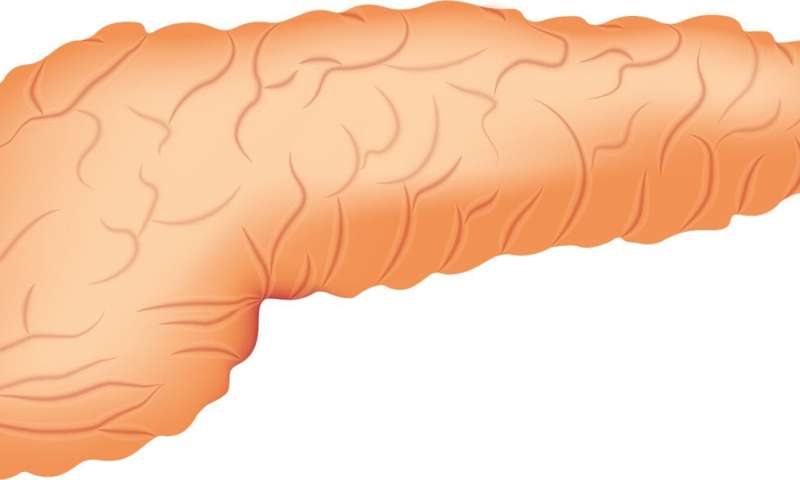 Researchers have discovered a key clue into the development of the pancreas and brain by studying rare patients born without a pancreas. The study from the Wellcome Sanger Institute, the University of Exeter and collaborators also identified a previously unexpected pathway involved in the development of the human pancreas, and confirmed this in mice. Understanding how the human pancreas forms could help researchers develop replacement cells to treat patients with type 1 diabetes in the future.

Published today in the American Journal of Human Genetics, the study revealed that all three patients without a pancreas and with abnormal brain development had an identical change in the CNOT1 gene. The team went on to show how this genetic change kept stem cells in their original state, preventing them from developing into pancreatic cells.

The pancreas is part of the digestive system and makes various hormones, including insulin that controls the amount of sugar in the blood. Problems with the insulin producing cells in the pancreas can cause type 1 diabetes, which affects over 10 million people worldwide.

Type 1 diabetes develops when insulin-making cells in the pancreas, called beta cells, are attacked by the immune system. People with this disease need daily injections of insulin to control their blood sugar levels. Replacing the damaged pancreatic cells with cells derived from stem cells could treat the disease, but the pancreatic development pathways are not yet fully known.

In very rare cases, the pancreas fails to develop—called pancreatic agenesis—and babies born with this condition need immediate and lifelong treatment with insulin and other hormones to survive.

To learn more about the development of the pancreas, researchers from the University of Exeter studied the genetics of 107 international patients with pancreatic agenesis. They discovered that three unrelated patients with very similar clinical features, including a possible neurological disorder, had an identical mutation in the CNOT1 gene. This gene had never been implicated in pancreatic or brain development before.

Dr. Elisa De Franco, co-first author from the University of Exeter Medical School, said: “We found that three patients with pancreatic agenesis had an identical spelling mistake in the CNOT1 gene. This was the first time that anyone had realised that CNOT1 was important in pancreatic and neurological development, and has revealed a new genetic cause for pancreatic agenesis.”

Dr. Inês Barroso, co-senior author on the paper from the Wellcome Sanger Institute** and University of Cambridge, said: “Through a great collaboration between clinical and mouse research disciplines, we have provided compelling evidence that the CNOT1 gene is involved in the formation of the pancreas in both humans and mice. We are now able to investigate the developmental mechanism, to understand how the pancreas develops.”

The CNOT1 gene had previously been implicated in keeping human and mice embryonic stem cells in a state where they can develop into any type of cell, known as pluripotency. Studying which genes were active in the developing mouse pancreas, the researchers discovered that the Cnot1 mutation changed the levels of a key developmental factor, preventing the stem cells from developing.

Dr. Rachel Watson, a joint first author from the Wellcome Sanger Institute, said: “Once we knew the CNOT1 gene was involved in pancreatic development, we wanted to find out how it worked. Changes in some developmental factors in Cnot1 mutant mice indicated that the stem cells remained as stem cells, rather than developing into pancreatic cells. This suggested an entirely new mechanism for pancreatic agenesis, which involved maintaining stem cells in a pluripotent state.”