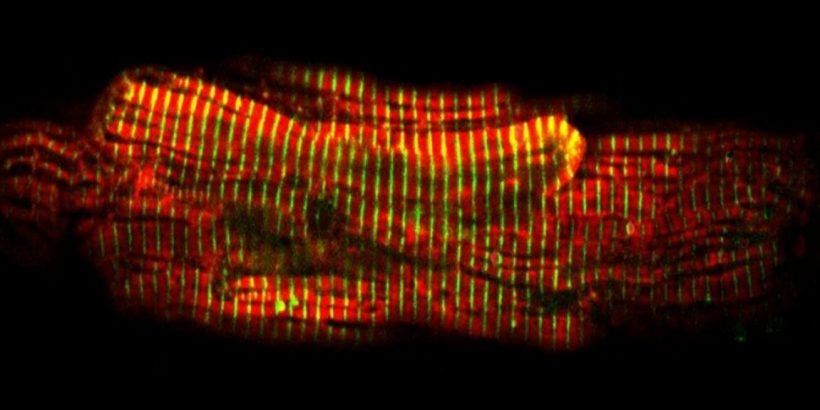 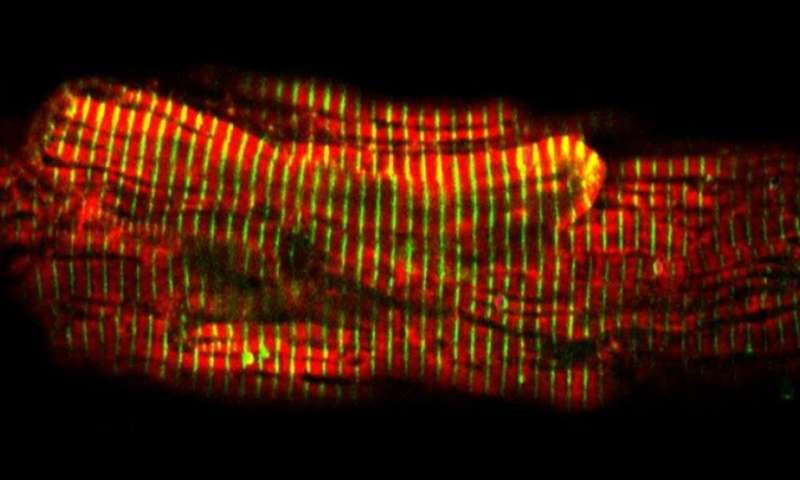 Oxford University Radcliffe Department of Medicine researchers have developed a new method that uses a protein originally found in marine corals to visualise the flow of calcium that makes the heart beat.

In a paper published in the journal Circulation Research, they used this technique to uncover the effects of genetic errors that contribute to a heart condition that is the leading killer of healthy people between the ages of 20 and 40 in the UK.

During its lifetime, the heart contracts millions of times to pump blood around the body. Charged particles of calcium control how hard and how often the heart contracts. But there was no direct way of tracking the ebb and flow of calcium to the fibres that respond to calcium in order to make the heart beat.

So Dr. Matthew Daniels and his colleagues developed a new method to track calcium in the heart, without altering the overall activity of the heart cell. The team’s colleagues in Alberta, Canada and Osaka, Japan had previously extracted a protein from the Discosoma marine coral, and tuned it to glow red in the presence of calcium. So the researchers genetically modified an adenovirus to insert this protein into heart muscle fibres taken from guinea pigs.

Dr. Daniels, who is a consultant treating heart disease patients, as well as a researcher at Oxford University’s Radcliffe Department of Medicine, said: “The difficult part was trying to find some way of sneaking a peek at calcium at work in a very complicated machine that, like the engine of your car, doesn’t have a lot of room under the bonnet.

“But it turns out that there is a big enough gap right next to the protein that we measure when a patient comes in with a suspected heart attack. We can get a harmless virus to make that protein, with an added extension which glows red when calcium is nearby.”

The team then used special cameras to track the ebb and flow of the red glow that signalled calcium in action as it made the living muscle fibres contract.

The researchers also repeated the experiment with heart muscle fibres that had been altered to have genetic errors that result in a heart disease known as hypertrophic cardiomyopathy, where heart muscles become abnormally thickened, making every heart beat stiffer. There are currently no treatments for the changes that cause this condition.

Normal heart muscle fibres contract as calcium builds up and reaches a peak, but the research team found that heart fibres with hypertrophic cardiomyopathy mutations held onto more calcium, for much longer than normal. This explains why cells from hypertrophic cardiomyopathy patients burn through the cells energy stores much more quickly, as they don’t switch off efficiently.

“This is because our method really allows us to focus on the actual site where the muscle fibres contract, while avoiding signals from other parts of the cell. It’s a bit like listening to your car engine while sitting inside with the radio on, versus listening to only engine as the fuel ignites to power your car.”

The team now plan to use these tools to study more examples of hypertrophic cardiomyopathy which can be caused by many different types of genetic change. If these findings apply more widely then it is possible to use these tools to identify and test new treatments in cells in a laboratory.

“Because we have found a space in the heart’s engine room, we will be able to use lots of different approaches to understand fundamental problems like how the heart is built the way it is in the first place. We’ll also be able to probe how it is going wrong in heart disease, which will help us come up with newer and better treatments.”