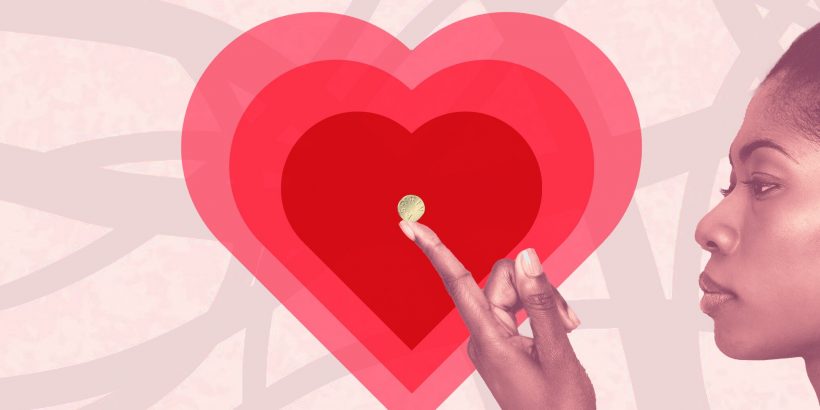 It's been a common practice for years for at-risk people of a certain age to take a low-dose aspirin daily to reduce the chances of having a heart attack or stroke. But new draft guidelines from a US panel of experts suggests this should no longer be recommended for most people.

The guidelines, which were issued by the US Preventive Services Task Force (USPSTF) on October 12, are based on new evidence that found people who take a low-dose or baby aspirin regularly for longer periods of time can face serious potential side effects like bleeding and stomach issues—and that those side effects outweigh the possible cardiovascular benefits of a daily aspirin regimen.

"Based on new evidence since the 2016 Task Force recommendation, it is now recommended that once people turn 60 years old, they should not consider starting to take aspirin because the risk of bleeding cancels out the benefits of preventing heart disease," the USPSTF says. "The latest information also shows a closer balance of benefits and harms than previously understood for people in their 50s and that starting aspirin use as young as 40 years old may have some benefit." (For reference: The 2016 guidance they're dialing back was for people ages 50–59 with a high risk of cardiovascular disease but low risk of side effects to take low-dose aspirin daily; and for people over 60 to make their own, individual decision.)

The guidance doesn't necessarily mean that no one should take a daily low-dose aspirin—commonly about 81 milligrams, per the Mayo Clinic—but it says that a conversation with your doctor about risks and benefits is important. The USPSTF also says that the updated guidance only applies to people who are at higher risk for developing cardiovascular disease (as determined by the American College of Cardiology/American Heart Association risk calculator), have no history of cardiovascular disease, and are not already taking a daily aspirin. "When deciding whether patients should start taking aspirin to prevent a first heart attack or stroke, clinicians should consider age, heart disease risk, and bleeding risk," the guidance says.

The USPSTF's draft guidance is the latest in changing recommendations around the common practice of taking low-dose aspirin to ward off a heart attack or stroke. In 2019, the American College of Cardiology (ACC) and American Heart Association (AHA) tweaked their recommendations on the method to say that it should be used only occasionally in some people between the ages of 40 to 70 who had never had a heart attack or stroke. The AHA specifically notes online that taking a daily aspiring "may actually cause more harm than good."

And, in 2014, a review by the Food and Drug Administration (FDA) also found that aspirin shouldn't be the main way people try to prevent a first heart attack or stroke, also citing potential "serious risks," including bleeding in the stomach and brain.

Doctors applaud these new proposed guidelines. "It is important that preventative task forces continue to review the latest data available," Jennifer Haythe, MD, co-director of the Women's Center for Cardiovascular Health at Columbia University Irving Medical Center and cardiologist at New York-Presbyterian/Columbia, tells Health. "It is reasonable to adjust guidelines if the newest information demonstrates that the risk truly outweighs the benefit. In this instance, the latest data suggests that the risk of bleeding is greater than the risk of cardiovascular disease in [some] patients."

Tomas Ayala, MD, a cardiologist at Mercy Personal Physicians, tells Health that doctors "have been anticipating this."

"It is not that aspirin is less effective at reducing heart attacks or strokes than it once was," he says. "Rather, it is that we have other therapies at our disposal that have reduced the overall population risk of these conditions, so the relative benefit of aspirin is less, and in many cases, is outweighed by the risks." Now, cholesterol-lowering medications, blood pressure medications, and better adoption of heart healthy habits have helped lower the risk in many people, he says.

Nicole Weinberg, MD, a cardiologist at Providence Saint John's Health Center in Santa Monica, Calif., tells Health that doctors also "have a better ability to understand who is at-risk now" thanks to technology like CT scans to look closely at a person's arteries vs. just doing a stress test, like doctors did in the past. "It will be really interesting to see where it shakes out as to who will really benefit from being on aspirin every day, instead of just saying, 'Everybody needs to be on aspirin every day,'" she says.

If you're already taking a daily aspirin to prevent a heart attack or stroke and haven't had one in the past, it's a good idea to check in with your doctor to see if it's still something you should continue, Sanjiv Patel, MD, board-certified interventional cardiologist at MemorialCare Heart & Vascular Institute at Orange Coast Medical Center in Fountain Valley, Calif., tells Health. "But if you put yourself on it without a doctor's recommendation, you should stop taking it," he says—at least until you check in with a doctor, who can then decide whether or not you should restart the regimen.

If you already had a heart attack or stroke and are taking a daily aspirin under your doctor's care, however, the USPSTF says that you should continue to do so. But Dr. Patel urges people not to take the potential risks lightly that are associated with having a daily aspirin. "Even though this is an over-the-counter medication, it can cause serious side effects," he says. "The longer you take it, the more risk that you will have these side effects."

As of right now, the guidelines are not yet finalized—according to The New York Times, they will be available for public comment until November 8. It's after that comment period ends, that new guidance is usually officially adopted.